Achieve a social and cultural transformation in Mexico within a HUMAN RIGHTS framework through the demand for reproductive justice.

GIRE addresses reproductive justice issues from multiple angles. Part of our mission includes the search for comprehensive reparation of damages for women who have suffered human rights violations, discrimination or obstetric violence. We accompany each woman and her family offering personalized and caring orientation and support. We also fight for legal precedents and long-term policy change. This means digging deep and conducting investigative research to better understand the nuances of each law, state or case. It means well-executed communications strategies targeting specific audiences that can achieve lasting change.

In 25 years, GIRE has seen advances and setbacks, backlashes and victories. Reproductive justice is a daily struggle, based on the fervent desire to improve women and girls’ futures in Mexico and around the world. GIRE’s search for justice is inspired by women.

Over the years, GIRE has become a national reference on reproductive justice. In 2017, Chancellor Angela Merkel of Germany and Prime Minister Justin Trudeau of Canada came to Mexico on separate occasions, and, in addition to meeting with Mexican officials, both requested separate meetings with civil society representatives. Five leading organizations were invited to discuss the status of human rights in Mexico and Regina Tamés represented GIRE at both events, placing reproductive rights within a broader human rights context. Similarly, GIRE won the 2017 Gilberto Bosques Human Rights Prize, awarded by the German and French Embassies in Mexico, recognizing again, the importance of women’s human rights in achieving democracy. 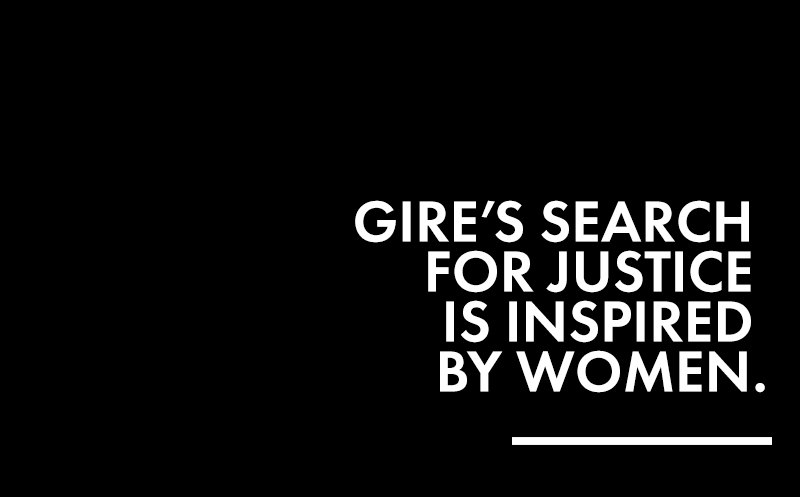 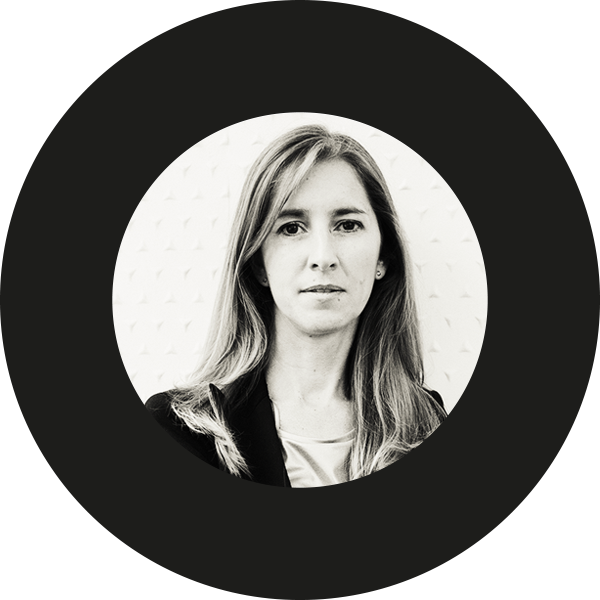 At GIRE, we constantly sit down to question, analyze and evaluate our strategies, even after 25 years. Are they working? Are they creating lasting change in the lives of the women we represent and defend? Are they resulting in long-term impact so that other women won’t have to experience the same human rights violations? Obstetric violence, inadequate medical care and deficient infrastructure that leads to maternal mortality, denial of legal abortion services for minors who are survivors of sexual violence, discriminatory assisted reproduction laws: these are just some of the human rights violations we fight against. I am convinced that GIRE pushes back, each and every year, harder. I invite you to review some of our 2017 accomplishments and decide for yourself. 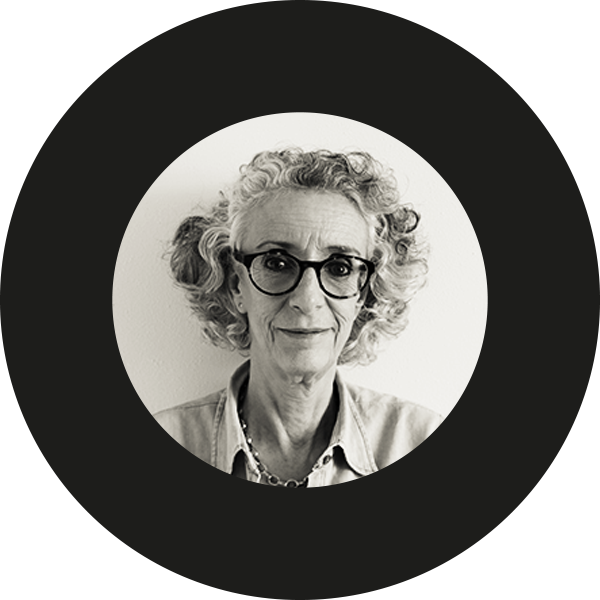 President of the Board of Directors

Imagine rethinking workplace productivity in terms of quality, not quantity. Imagine redefining work hours to include not just the actual time you spend at the workplace, but rather, the time you are expected to be at the disposition of the organization, institution or company. This year GIRE published the first in-depth report in Mexico on work-life balance from a gender perspective. The report proposes a paradigm shift – work-life balance cannot just be about the number of hours women and men work, but the impact of those hours on one’s private life, life plan and quality of life. Since its founding 25 years ago, GIRE has always implemented progressive workplace policies that promote a healthy work-life balance because we understand that life doesn’t always fit into the confines of a desk. 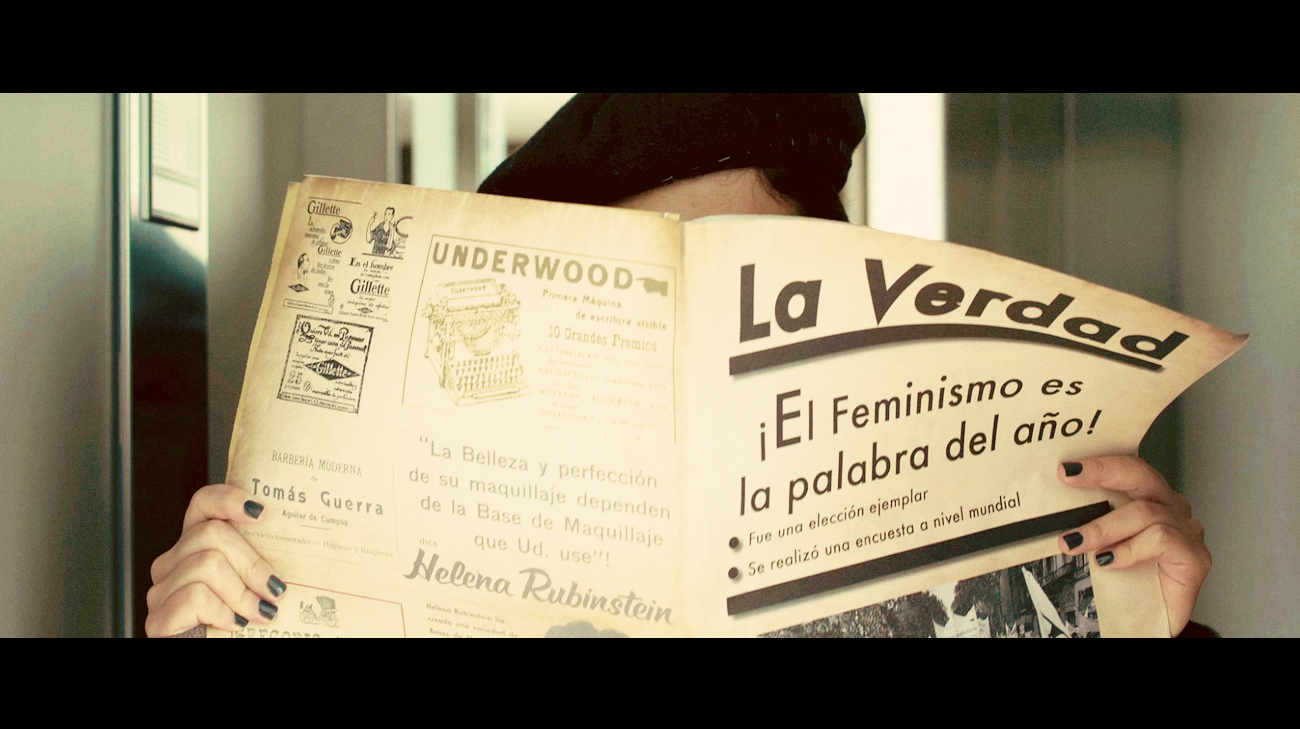 GIRE has an unprecedented number of cases up for review by the Mexican Supreme Court, including four abortion cases. Three of the abortion cases involve minors who were denied legal abortion access after becoming pregnant as the result of rape. 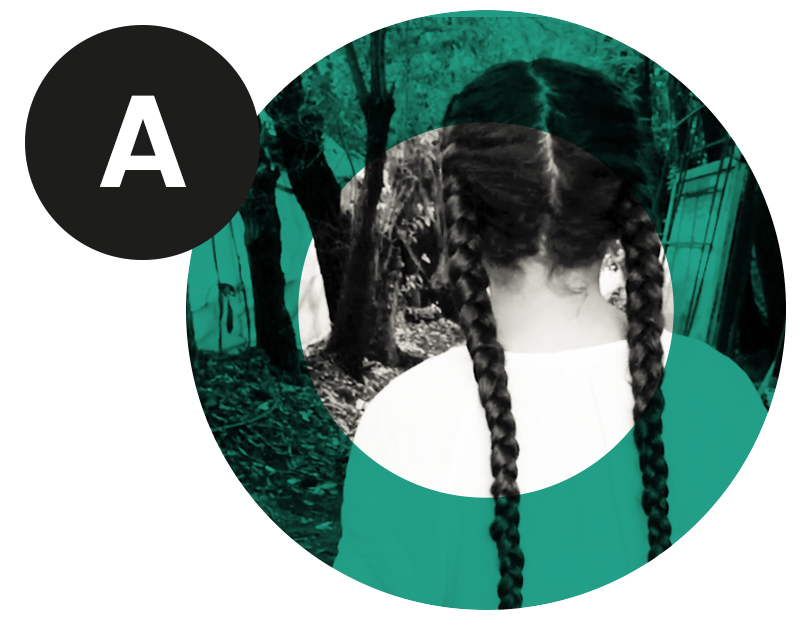 An exemplary case is that of Marisol, a young teenager, who became pregnant as a result of sexual assault. She followed all of Morelos state’s rules and regulations, reporting the crime and requesting a legal abortion. The Public Prosecutor’s Office then sent her to a hospital where she was to be provided with a safe and legal abortion. But the hospital held her without information for two weeks, while a bioethics committee deliberated, and ultimately chose NOT to perform the abortion.

Marisol and the other girls’ cases reveal the government’s hypocrisy around sexual assault and legal abortion access. The government wants women to report sexual assault, but even when they do, the final decision to perform an abortion is left to public providers who are not objective and place their personal beliefs ahead of complying with the law.

GIRE will continue to walk alongside Marisol and other women and girls, until the government guarantees the respect of the human rights of all, without discrimination.

When the Supreme Court rules on these four abortion cases, it will have implications for abortion access across the country. 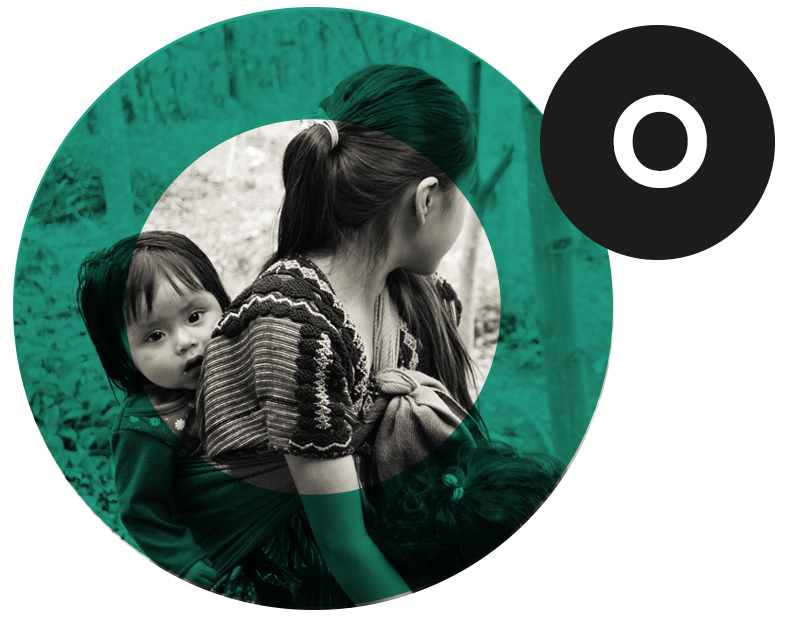 Until now, GIRE has defended obstetric violence cases of women who had suffered inadequate medical care during a pregnancy or birth. In 2017, for the first time ever in Mexico, the courts ruled in favor of legal stays that GIRE presented on obstetric violence, recognizing women’s right to demand justice when their rights have been violated.

These court sentences mean immediate changes for women and are incredibly important because they build on the momentum and awareness that GIRE has generated around the issue over the past years. The first win was in August, shortly followed by two, additional, favorable, sentences just weeks later. One of the rulings is especially important, as it guarantees the woman’s access to healthcare, as well as for her newborn baby who suffered neurological damage requiring ongoing therapy.

Filing a legal stay directly against the hospital where the events took place produces immediate results for the women and their families who, in that moment, are awaiting medical care. These sentences obligate the hospital to comply with the ruling within three days, securing services without delay.

Cecilia was 37 weeks pregnant when she arrived at the hospital in Durango, with contractions and bleeding. She was sent home, told it still “wasn’t time”. She went back twice more over the next few days and was finally admitted after fainting while waiting in line. By the time her mother and Sergio, her husband, arrived, Cecilia had died. 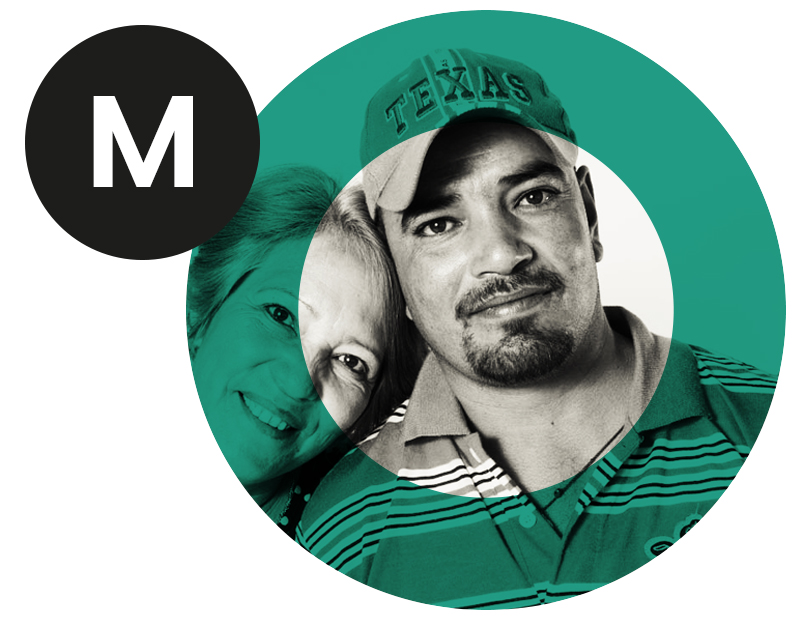 Cecilia’s infant daughter survived, but underwent four surgeries in under a month. When she was discharged and given to Sergio, she was bleeding from her mouth and nose. Sergio learned that the surgeon had perforated her intestine and colon and shortly after, she passed as well.

GIRE has accompanied Sergio since 2014. However, it wasn’t until this year that we finally achieved some semblance of justice. The deaths of Cecilia and her baby can never be truly compensated, but we have achieved damage reparations for Sergio and the family that Cecilia left behind, as a recognition of the human rights violations suffered. GIRE proposed a sum based on the highest human rights standards and, for the first time, the proposal was accepted without negotiation.  GIRE continues to pressure authorities for measures of non-repetition so that cases, such as this one, never happen again.

At GIRE we are relentless when it comes to demanding justice for all women and their families. 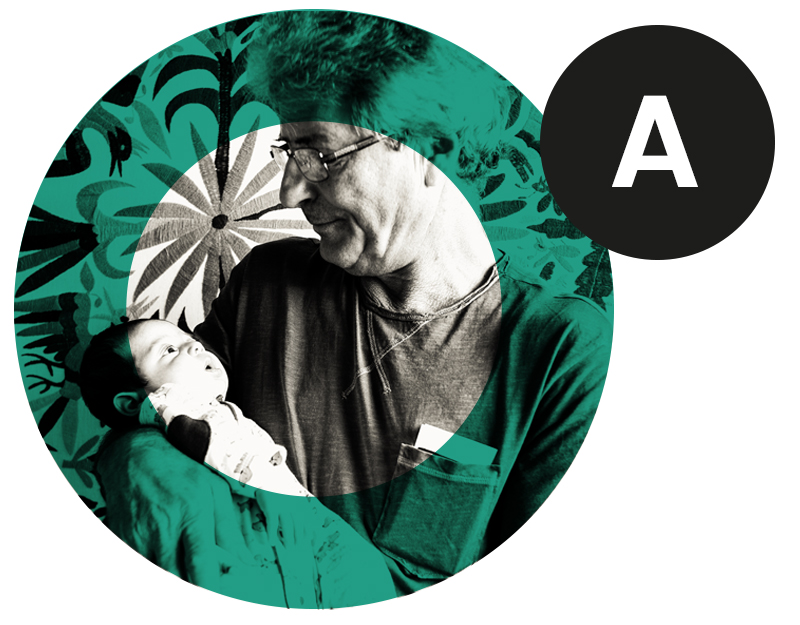 Michael and his son

On one end of the spectrum of this highly controversial issue is Michael Theologos, a New York City resident, who had dreamed of becoming a father for years and in 2017, thanks to a Mexican surrogate, his son Alexandros was born. Michael had signed and initiated the surrogacy process in Tabasco, Mexico before January 2016 when the law was changed to make the practice illegal for foreigners. He was holding his new baby in the hospital one day after birth when a child welfare official arrived and took Alexandros away.

Michael desperately searched for legal orientation and, after hiring three different lawyers who could not help him, he finally found GIRE, which took the case and quickly devised a strategy. GIRE filed a writ of habeus corpus against the government for the child’s forced disappearance. Three weeks later, Alexandros had a birth certificate and the two were on a flight from Mexico to NYC.

On the other end of the spectrum is Laura. Laura became a surrogate to pay for her husband’s cancer treatment. An agency in Tabasco connected her with U.S. resident Eduardo. In 2015, Laura gave birth to Valentino, Eduardo’s biological son, but Eduardo abandoned the newborn six days after birth upon learning of the infant’s serious health issues. Laura and her husband decided to care for the child, eventually becoming his legal parents, and registered him as their son on his birth certificate, after Eduardo’s disappearance. In 2017, two years later, Eduardo returned to Tabasco and kidnapped Valentino. GIRE took on the case defending Laura and eventually, in October 2017, Valentino was safely back in the arms of his legal parents.

Both cases demonstrate the complexity of surrogacy and the need for clear, non-discriminatory legislation that protects both the intentional/biological parents as well as surrogates.

GIRE has been at the forefront of the debate, publishing the first comprehensive report on the issue.

And calling for regulation instead of prohibition, which only leads to a lucrative clandestine market where neither party is protected.

In March, GIRE published the groundbreaking report Office Hours: Shared Responsibility for Work-Life Balance, the first diagnosis of its kind on the current situation of work-life balance in Mexico including recommendations for the government and others to better address this issue. 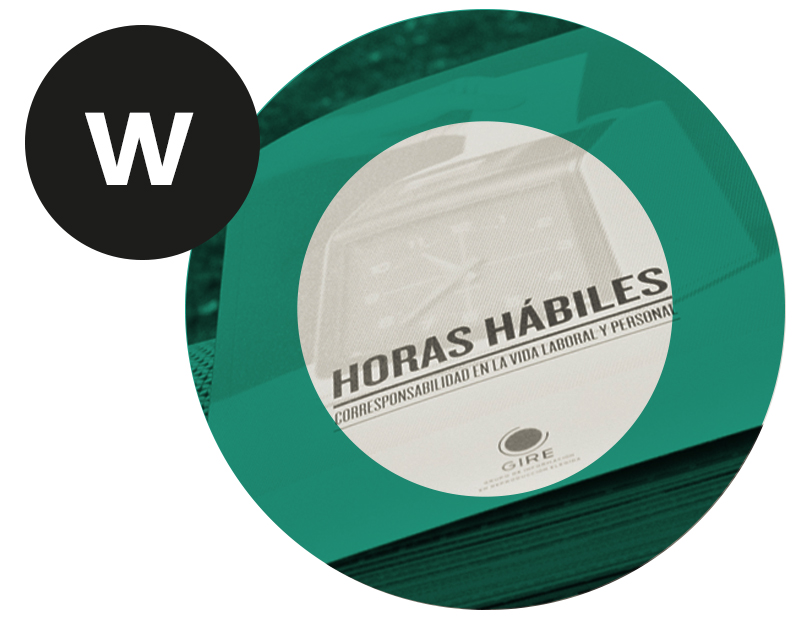 GIRE’s research department delves deep into reproductive justice issues, investigating new angles to better understand women’s reality. With evidence-based and comparative research, GIRE brings this conversation to the table to re-envision how individuals balance work and personal life, by re-evaluating the impact of work on a person’s quality of life, personal goals and free time. Each printed edition of the report includes a checklist with essential policies for the successful balance of work and family life, for both individuals and employers.

Since its publication, GIRE has been consulted by international foundations, public institutions, the private sector and other organizations as a model for how to design and implement workplace policies within a reproductive justice and gender lens. GIRE will continue to work on this issue, pressuring government institutions to implement better laws that would impact both the public and private sectors.

GIRE carries out its activities with support from foundations, international cooperation agencies and a growing community of individual donors in Mexico and across the globe who have given generous gifts towards our goals. We are committed to transparency and accountability. Our annual budget is divided into the following categories: 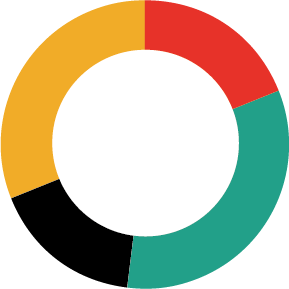 We are incredibly grateful to the following foundations for their support:

We are also grateful for the generous support of our individual donors, who are a key part of each victory and accomplishment: